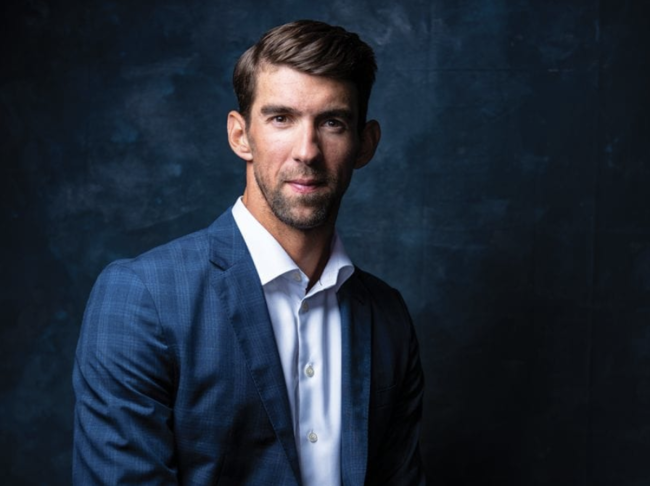 By Serena Gordon, HealthDay Reporter TUESDAY, Oct. 30, 2018 (HealthDay News) -- Swimmer extraordinaire Michael Phelps has won 28 Olympic medals -- 23 of them gold. Yet, despite all those medals and the accolades that came with them, Phelps has struggled with depression and anxiety.In 2014, it got so bad that he locked himself in his bedroom and stayed there for days."During those days, I had thoughts of not wanting to be alive," Phelps said. "The longer I stayed in my room by myself, I thought there has to be another way."That's when Phelps checked himself in for inpatient mental health treatment."As an athlete, I learned that we're supposed to be these big macho people that don't have any problems, and we're not supposed to show weakness, but that's so wrong. I'm so thankful that I can ask for help now," he explained.Phelps spoke of his inner struggles as the keynote speaker at a recent New York City conference held by Talkspace, an online counseling service.The famed athlete holds the all-time record for an individual with the most Olympic gold medals. He announced his retirement from swimming in 2016."I have spent my whole life submerged in water. I ate, slept and swam. That's really all I did my whole life. I'm really just learning how to live now, and it's frustrating at times. But it's also rewarding," Phelps said.He's also learned that depression and anxiety will be ongoing challenges for him."You don't go through a depression spell one day and have it go away. Therapy helps me sharpen my tools to be prepared for whatever comes my way," Phelps said."I've gone through multiple stages of depression, and I deal with anxiety all the time. There are lots of people struggling with the exact same things, so if I can get one message out there, it's that 'It's OK not to be OK,' " he said.Phelps explained that therapy is helping him continually learn how to be as healthy as he can be mentally."I know there are some things that have to happen throughout the day. For me, a workout is so important. It's something I have to do, and if I don't, I'm an absolute nightmare. As soon as I work out, I can relax a little bit," he said.Phelps also makes sure he communicates openly with people, especially his wife, Nicole."Throughout my career, I got very good at compartmentalizing and stuffing things away and not dealing with any of it. I finally learned to communicate at 30 in therapy," he said.He also makes sure he always has access to his therapist. "I've picked up the things that work for me, because I want to be a better father, a better husband and a better friend," he said.Dr. Richard Catanzaro, chairman of psychiatry at Northern Westchester Hospital in Mount Kisco, N.Y., said it helps reduce some of the stigma of mental illness when someone like Phelps comes forward. It also helps people realize that anyone can get depressed."Everyone has their own internal struggles. Everyone is measuring up to a vision of themselves, and most people can't take on the perspective of everyone around them. When you start to make those comparisons, like, 'Why should you be depressed when you have everything,' you make the person feel guilty and invalidated," he noted."It's absolutely possible to be outwardly successful and be inwardly very depressed and anxious. What people see are artificial indications of success -- money, career or extraordinary athletic feats. But that's not an indication of a whole life," Catanzaro said.And, that's one of the things Phelps said he'd love for people to know about him."I'm a human being. What I did in the water doesn't define who I am as a person. I think everybody only thinks of me as a swimmer, and not as an individual, and that's frustrating," Phelps explained.He said people seem to think he's superhuman. But, he said, "I was very passionate about what I did and I never gave up. That's why everything happened the way it did in my career."Today, Phelps said helping other people realize that they're not alone, and that it's OK to ask for help, is what really brings him joy."People come up to me and share their stories and their struggles, and for me, that's the greatest thing in the world. A chance to save a life is better than winning any gold medals," he said.Catanzaro said symptoms of depression are different for different people. But some of the signs to look out for include changes in sleeping or eating patterns; a change in mood; not finding pleasure or finding very little pleasure in anything; and feelings of wanting to end your life -- whether actively thinking of ways to kill yourself or even just wishing that you wouldn't wake up.If you're suicidal, call a suicide hotline or 911 right away, Catanzaro said.SOURCES: Michael Phelps, Olympic swimmer, Talkspace Mental Health and Young Americans conference, Oct. 25, 2018, New York City; Richard Catanzaro, M.D., chairman, psychiatry, Northern Westchester Hospital, Mount Kisco, N.Y.Copyright © 2018

Here are some question-and-answer threads from MyDepressionTeam:

• I find myself at a crossroads. I am unhappy (miserable really) in my career, habits and activities I used to do (some unhealthy) no longer interest me and I’m struggling to find a new path. Any suggestions?

• Has anyone ever successfully overcome social anxiety and are no longer required medication for it? Tips, please.

• Who is so insecure that any shift of someone's tone, you feel like they are mad at you and hate you?

Here are some conversations from MyDepressionTeam:

• "Depressed again! I can't stop comparing myself to others."

• "If I start thinking about my wants and desires and comparing myself to others, I will be in utter ruin. Stay self-free today, and run with that freedom. You've been through enough, and you deserve to be free."

• "I saw your update about comparing yourself to others... man I do the exact same thing and what makes it really bad is when I check up on all my former high school friends on Facebook..."

'On-Again, Off-Again' Relationships May Be More Trouble Than...

How To Have a Safe Holiday With Depression During COVID-19

Article written by Alison Channon The 2020 fall and winter holiday season will be different than...

How To Have a Safe Holiday With Depression During COVID-19

Article written by Alison Channon The 2020 fall and winter holiday season will be different than...
read article >

Four Books About Depression You Should Read

Thousands of members of MyDepressionTeam connect with one another and read each other's stories...

Four Books About Depression You Should Read

Thousands of members of MyDepressionTeam connect with one another and read each other's stories...
read article >

Canceling Is Kindness: Keeping Safe From COVID-19 With Depression

Article written by Kelly Crumrin Those of us living with depression have likely felt the impact...

Canceling Is Kindness: Keeping Safe From COVID-19 With Depression

Article written by Kelly Crumrin Those of us living with depression have likely felt the impact...
read article >

Member Spotlight: The Impact Depression Has on Daily Life

How has depression impacted my daily life? Depression’s biggest impact has been on my...

Member Spotlight: The Impact Depression Has on Daily Life

How has depression impacted my daily life? Depression’s biggest impact has been on my...
read article >

Setting Intentions for 2020 With Depression

Eat healthier. Exercise more. Learn a new skill. Pay off a credit card. Many of us have made...

Setting Intentions for 2020 With Depression

Eat healthier. Exercise more. Learn a new skill. Pay off a credit card. Many of us have made...
read article >

This time of the year can be overwhelming with expectations around the holidays, and living with...

This time of the year can be overwhelming with expectations around the holidays, and living with...
read article >

Navigating the Holiday Season With Depression

Living with depression may make it difficult to find joy during the holidays, but there are...

Navigating the Holiday Season With Depression

Living with depression may make it difficult to find joy during the holidays, but there are...
read article >

You’ve Just Been Diagnosed With Depression. Now What?

We all respond differently to information about our health. After being diagnosed with...

You’ve Just Been Diagnosed With Depression. Now What?

We all respond differently to information about our health. After being diagnosed with...
read article >

There is an old saying: “Good fences make good neighbors.” Having healthy boundaries in...

There is an old saying: “Good fences make good neighbors.” Having healthy boundaries in...
read article >